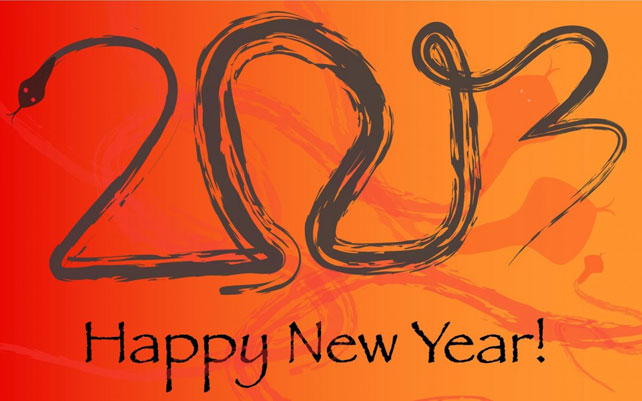 If your New Year’s celebration last month didn’t live up to your expectations, the good news is you can give it another try. February 10, 2013 is Chinese New Year and marks the 4711th Chinese year.

Legend has it that Chinese New Year began with the fight against Nian—a monstrous beast that attacked villages on the first day of the new year, eating livestock, crops, and even children. Villagers offered him food on their doorsteps so he would leave them alone and go away. When they saw Nian scared away by a child dressed in red, they figured out the monster was afraid of the color. Every year after that, as the new year approached, villagers hung red lanterns and decorations on their homes and lit firecrackers to keep Nian away. It worked! According to the Chinese calendar, we are entering the year of the Snake, also known as “little dragon.” Chinese mythology believes the first snake came from a dragon falling out of the sky – which explains why snakes have dragon-like bodies but cannot fly. The Chinese also call the snake the dragon’s little brother since the dragon is the fifth animal in the Chinese zodiac and the snake is the sixth. It is said that the snake is ashamed of his lowly status on the ground, so he won’t attack unless he’s disturbed. This of course does not mean that snakes are safe! Because the snake can swallow an animal greater in size, the Chinese advise not underestimating the serpent’s ambition. In the Chinese zodiac, snakes mean potential trouble.

Still, the Year of the Snake might be your lucky year. What it means for you in 2013 depends on the elements and animals in your birth chart.