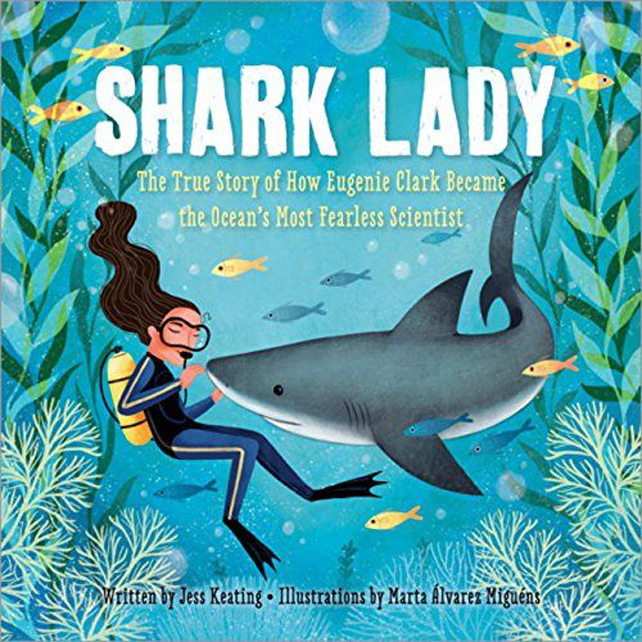 For the older kids, we have a great selection of end of summer reads! Take a look, pick up a book, or 5 and get reading. If your kids have mastered learning their numbers and the alphabet, then they should get a real kick out of 7 Ate 9. With fun pictures and a cute story, it will keep parents smiling too. The book takes the timeless children’s joke “Why was 6 afraid of 7?” “Because 7 ate 9,” and turns that question into a mystery that needs to be solved. Enter Private I, a pink capital letter who wears a hat, tie and gloves and questions various oversized letters and numerals with very entertaining faces and bodies in order to get all the facts necessary to help 6. The pace of the story is quick and the text and pictures are full of all kinds of math jokes and puns that will require a little explanation for 4 and 5-year-olds, but are sure to get some giggles and groans on repeat readings once those explanations are understood. The solution to the mystery is a surprising twist that provides a satisfying ending for all. There are many things to love about this book. 1. It has sharks. 2. It is a true story. 3. It has a sensational main character who is a brave and pioneering female. 4.  It has beautiful pictures and text that is simple and easy to understand.  And did I mention…it has sharks!!!  The first 28 pages tell the story of Eugenie Clark’s early fascination with sharks and how it became the driving force in her life. After that, the book has a small section called “Shark Bites” that gives little readers some cool facts about sharks. It wraps up with an illustrated timeline of Eugenie’s life, presenting a perfect package for any curious child.

The Darkest Dark by Chris Hadfield Another picture book biography not to be missed this summer is The Darkest Dark. In it, real-life Astronaut Chris Hadfield shares intersecting stories about his childhood dream of one day exploring outer space and his great fear of the dark. Chris tells us how he avoided going to bed by himself every night because he always saw creepy, alien-like shadows in the dark.  He also tells us about his fascination with outer space and his excitement when he is invited to watch the Apollo 11 moon landing on the only television in his neighborhood. The story culminates with that historic event and how it helped young Chris conquer his fears so that he could literally reach for the stars. The illustrations are gorgeous and help make this just a terrific book. This is probably one of the most eagerly anticipated picture books of the summer. It involves time traveling and silliness and, of course, dragons who love tacos. Upon my first read-through, I was disappointed in this sequel, but I suspect kids age 3 to 6 will like it as much as the first book simply because of its wacky absurdity and references to diapers. At the beginning of the book, we learn that the world has run out of tacos. A boy, his dog and several dragons decide they must go back in time to “save a handful of tacos, plant them in the ground, and grow taco trees so we never run out of tacos again.” As you might suspect, this plan does not go quite as expected. There are several spicy-salsa-triggered fire-breathing incidents, as well as some time travel miscalculations that create mixed-up situations. Some success is finally achieved and a big taco party with a few surprising guests happily concludes the story.