Do You Believe in Magic? Back to School Book List 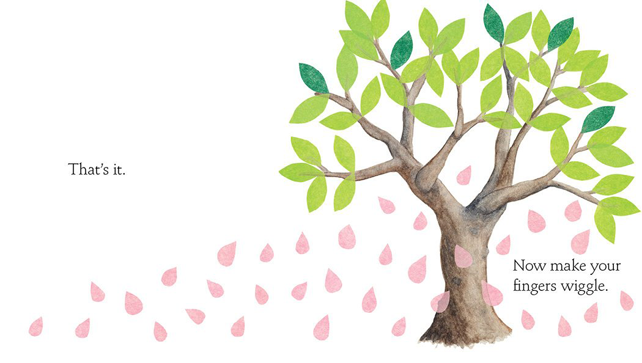 Do You Believe in Magic?

The beginning of the school year is always a magical time. Students walk through the door full of wonder about their new classrooms and are amazed to learn about all of the fun things to do and new friends to be had there.  In honor of this special time, I have assembled some magical picture books to share with your preschooler.

Milo the Magnificent isn’t magnificent at all. His card trick is hopeless. His rope trick is a mess. His frustrated boss gives Milo one last chance. He has to pull a rabbit out of his hat during his next performance or his show will be cancelled.  So, armed with a carrot, string, and a stick, Milo heads for the woods in search of a rabbit. He finds a grizzly bear instead. But this is no ordinary grizzly bear. This bear is agile and educated and with his help, Milo soon becomes a star whose act everyone lines up to see. Funny, sweet and surprising, this book is Jon Agee at his best. Both Milo and the bear are endearing characters whom you can’t help but like and feel empathy towards, especially when Milo’s hat goes missing and when the bear becomes too tired to perform. Milo’s Magic Trick is a great read that is perfect for bedtime or story time. I have seen several intriguing magicians perform at my daughters’ friends’ birthday parties, but never one like Maxwell. He is the magician at Louise’s birthday party whose hocus pocus is out of focus. The trouble begins as soon as Louise’s party starts and Maxwell turns the birthday girl into a rock. Next, several other guests are transformed into a bird, a cat, and a pig, respectively. Louise’s furious father demands that Maxwell fix things immediately. Presto change-o! Dad becomes a broom (“I can tell my father’s angry./For a broom, he looks quite mean./ He is sweeping like a demon./ Never seen the floor so clean”). Maxwell keeps wildly wielding his wand with more disastrous (and hilarious results). He finally decides he needs help! He calls in his more competent young nephew who makes the correct magic happen and sets things right. The upbeat tempo of the author’s clever verses paired with the illustrator’s cartoon-like drawings captivate the reader throughout the story and the expressions on the faces of the guests when they are turned back into to their human selves are truly magical. Especially those of the father who is still propped against a door and the girl who is crouched on top of a bookcase. Louise’s memorable birthday makes for an equally memorable book. The great thing about this charming picture book is that it is interactive and we all know preschoolers LOVE interactive. The “magic” tree in this book relies on tapping, clapping, shaking, wiggling, jiggling, and even blown kisses to move it through the seasons. The author’s lovely rhyming text leads her readers through the pages, but it is the reader (or listener) who turns those words into motion and makes the magic happen. Each action and corresponding turn of the page changes the tree which goes from bare brown to leafy green then flowers, grows fruit (apples!), changes colors, loses its leaves, becomes a home for a bird’s nest, and finally sprouts leaves again. The book’s artwork (which flows beautifully from green to pink to red to orange to wintery blue and white) brings the four seasons more fully to life.

Okay, so this last one is not strictly about magic, but its title character is magical and fantastic and so is its central theme and lesson. In the book, a little girl named Lucy buys a unicorn for 25¢ through a mail-order catalog. As Lucy anxiously awaits the arrival of her unicorn, she dreams of riding him along rainbows with a necklace of flowers on his blue neck. When her package finally arrives, it contains a goat with a single horn. Lucy names him Sparkle. He’s smelly. He’s not blue. He has fleas! He eats his flower necklace and his tutu. At first, Lucy tries to defend Sparkle from those who say he’s just a nasty goat, but eventually, she calls to return the unicorn. Once he’s in the truck and bleating for her, she changes her mind and realizes that she has grown to love him even though he is not what she was expecting. Lucy is so cute and Sparkle is very lovable as you get to know him. The book beautifully shows how sometimes what we want and what we get are two different things, and how we deal with it makes all the difference. It is a charming tale of friendship and loving someone despite their quirks.