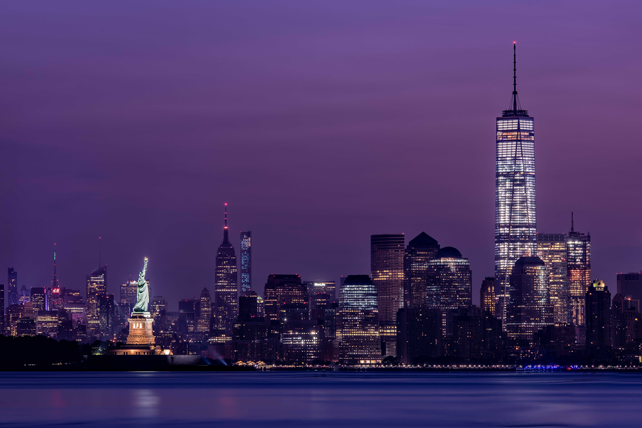 Not only is New York the city that never sleeps, it’s also the city that never stops changing. For many of us, our kids will grow up in a different New York from the one we discovered when we first came here to launch our careers and later start families. Everything from the services we use – because we’re all about convenience! – to our skyline is evolving, defining what will be this generation’s New York:

The Second Avenue Subway
The Second Avenue Subway has been in the planning stages since the 1920s when it was supposed to replace the elevated line. Almost a century later, it’s finally slated to open in December of 2016. Phase one is an extension of the Q line that will run from 96th Street to 63rd Street. It will alleviate congestion on the Lexington Avenue Line by 13%, which doesn’t seem like a huge amount if you’ve ever ridden the 6 at rush hour. Keep in mind this is only Phase one of four for the line. And there’s no funding yet for Phase two, which will extend the Q up to 125th.  Maybe Phase four will be finished by the time your kids have grandkids.

Affordable, App-Based Car Services
The iconic yellow cab has some stiff competition these days. But most of us aren’t complaining. We’ve now got options – options that are more reliable, cleaner and, in some cases, cheaper than taxis. And they’re all just a few clicks away. Convenience is king, and that’s why we love Uber, Via and Lyft. So beloved is Uber that we’ve elevated it to a verb.

Blowout Salons
It’s a fact that we spend a lot of money on “maintenance.” But not since Japanese hair straightening treatments came stateside have women in NYC welcomed a beauty service with such enthusiasm. Blowout salons offering relatively inexpensive services now dot the UES. And women are addicted, with some getting multiple blowouts a week, spending a huge portion of their annual salaries on this must-have service. The upside? Shiny, straight hair that will blow you away.

Hudson Yards
New York City is finally getting a Neiman Marcus! Come 2018, the luxury department store is opening in Hudson Yards, the biggest real estate development in U.S. history (didn’t mean to bury the lede!). Located on the Far West Side, it’s practically a mini city within the City with: five office towers, 100-plus shops, 5,000 residences, 14 acres of public open space, a public school and a luxury hotel. Plus there will be chef-driven restaurants, co-curated by Thomas Keller of The French Laundry fame.  And get this: Hudson Yards will actually “float” above Manhattan’s streets atop steel beams, tunnels and concrete. A new extension of the 7 train will take some of the 24 million anticipated visitors over to HY. The entire complex will be finished by the mid 2020s.

The Freedom Tower, One World Trade Center
A symbol of the enduring spirit and resilience of New Yorkers, this glass and steel architectural marvel is also a reminder of New York past and the tragic events of September 11th.  How fitting that One World Trade Center (OWTC), also known as the Freedom Tower, is not only the tallest building in NYC but in the Western Hemisphere. OWTC is also the most expensive office building in the world, costing $3.8 billion to construct. The tower has 2.6 million square feet of office space and the must-visit public observatory is on the 100th, 101st and 102nd floors. An elevator can rocket you to the main observatory in less than 60 seconds – perfect for patience-challenged New Yorkers. We’ve taken back our skyline.

Out and About and tagged New York